Eastern Plant and WildWalkWays are in the town of Georgetown, Maine which is right next to Bath. It’s an incredibly scenic area.

Georgetown, Maine is considered lower mid coast. Generally, mid coast is the area from Brunswick (on the west) to Camden (on the east). I would say that mid coast is where the real beauty of Maines coast starts to shine. There are many peninsulas that jut into the water, each one is different, with its own character. You might think all that water helps moderate the temps in winter, making it easier on plants. But since the water is mostly to the south of land, the moderating effect is not as dramatic as you might think. The cold winds blow from the north and west. Still, the coastal areas of Maine are milder than inland.

There are roughly a thousand people in Georgetown, more in summer. Unlike many of the peninsulas and coastal towns, it is not in any way ruined by development or tacky tourist traps. As you drive route 127 you will pass many scenic vistas. The most famous areas of Georgetown are Reid State Park and Five Islands. (and Eastern Plant Specialties)

We have one general store in town and the Five Islands take out late spring thru early fall. If you are coming to visit us or anywhere in Georgetown remember there are no gas stations in town, so fill up first.

Here a few pictures of what you will see in Georgetown. 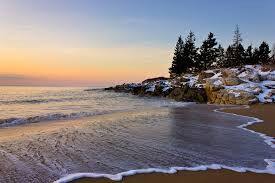 THE PLACE TO EAT IN THE FIVE ISLANDS AREA OF GEORGETOWN 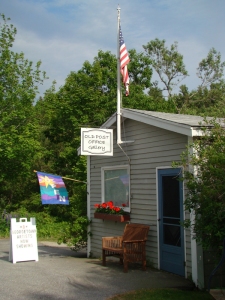 THIS WAS OUR POST OFFICE TIL AROUND 2004, NOW ITS A SUMMER ART GALLERY 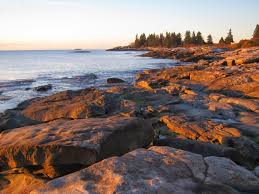 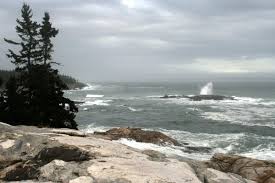 ANOTHER SCENE AT FIVE ISLANDS 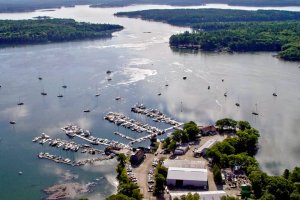 SEGUIN LIGHTHOUSE AND ISLAND OFF THE MAINLAND OF GEORGETOWN

AERIAL VIEW OF REID, EASTERN PLANT IS JUST OUT OF VIEW ON THE EXTREME TOP RIGHT 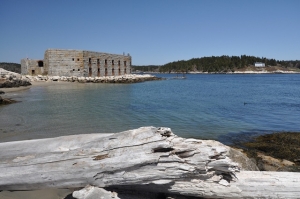 ANOTHER VIEW OF FORT POPHAM WITH THE BAY POINT AREA OF GEORGETOWN IN BACKGROUND. WE ARE ABOUT A MILE AND A HALF NORTH OF IT.

BACK IN THE WOODS AT EASTERN PLANT

2 thoughts on “SCENES OF GEORGETOWN MAINE”